Recently we did a little happy dance in both the Netherlands and India, because our workshop is open again! Everyone was overjoyed to see each other and get to work together. The timing couldn’t be better, because we have to push hard to produce enough for the busy end of the year period. We really had to send the employees home in the evening so that they could get back to work fresh and fruity the next morning.

At first, corona seemed to literally blow over India due to the relatively young population, warm temperatures and the fact that a lot of people live outdoors. Last April it was even expected that sufficient group immunity had been built up in the country, unfortunately the 2nd wave came in hard. This hit like a bomb, especially in the densely populated cities. Healthcare in India was unable to cope with the tidal wave of new patients and, in particular, there was a severe shortage of oxygen. The situation is now much better. Infections are falling sharply and vaccination is in full swing. On June 29 of this year, more than 330 million Indians had already been vaccinated and 20% of the population had at least 1 injection. Source: Times of India.

Kapil, founder and driving force behind Ecowings in India was also affected by the virus. It was fortunate that he was staying at his parental home in Udaipur at the time, so that he was not alone. His brother, in particular, acted decisively to have Kapil admitted to hospital so that he could receive the necessary care. As a result, he is now completely the old one and he is once again committed to Ecowings for 200%.

We are very happy and proud that we have been able to keep all permanent employees during the lockdown and that the salaries have been paid. The vast majority of temporary employees are also financially supported by Ecowings. The fact that we can open the doors again really feels like a bright spot after a dark period. You also get that feeling when you visit the renewed Ecowings website. Open design, clearly arranged and focused on a bright future.

The corona crisis has made it even clearer how important it is to allow as many underprivileged people as possible to earn a good living in a pleasant, safe and inspiring working environment. The unique interaction between India and the Netherlands plays a crucial role in this, because orders from the west allow production houses such as Ecowings to continue producing and continuity is guaranteed. Now and in the future. 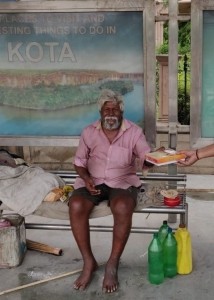 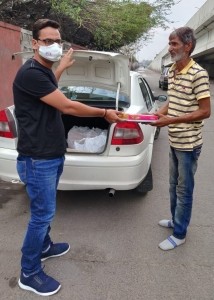